Birmingham has been chosen to host a major transatlantic business conference in June.

The British American Business Council (BABC) annual conference takes place from June 6 to 8 and will attract delegates from all over Britain and North America as businesses in the city, led by Greater Birmingham Chambers of Commerce (GBCC), seek new markets in the post-Brexit era.

The decision follows the success of Birmingham’s high-profile presence at the conference in Chicago in May last year, when the Midlands Chapter of the BABC received wide praise for sending the biggest delegation from a single city as well as demonstrating the significant level of interest in transatlantic trade that exists in the Midlands.

Professor Julian Beer, president of the BABC Midlands Chapter and deputy vice-chancellor at Birmingham City University, said: “We are tremendously proud to have won the right to stage this important conference.

“It is vital that as a city and a country we explore new markets for the post-Brexit era and the BABC can play a vital role.

“The conference was a huge success five years ago when it was last held in Birmingham and we’re delighted that the spotlight will again fall on the city.

"The transatlantic relationship will be of even greater importance post-Brexit."

The conference is a highly sought after occasion for which many of the American states and British cities bid. The event has previously been held in London, Los Angeles, New York, San Francisco, Washington DC and Chicago.

It will be hosted at several venues across the city, showcasing some of the world-class facilities the city has to offer. The two-day event will include an opening cocktail party and gala dinner with the conference taking place at a key venue.

Paul Faulkner, chief executive of the GBCC, said: "Our large and influential presence in Chicago won us many friends and we are delighted that the BABC is bringing the conference back to Birmingham.

"We are extremely proud to win the right to hold the conference in the city and for the Chamber it is further confirmation of our growing international influence, not just in transatlantic trade but the rest of the world.

"We have just launched the Greater Birmingham Commonwealth Chamber of Commerce as part of a drive to promote a secure business across Commonwealth countries as we prepare for Brexit.

"The EU will remain a vitally important trading partner but our mission now is to strengthen our reach across the Atlantic and to the rest of the world through our International Hub.

"Team Birmingham did a great job in Chicago and we were credited by the BABC’s global president Tom Stevens as being a ‘substantive contributor to events’."

GBCC president Paul Kehoe said: "This is another tremendous opportunity to put Birmingham on the world stage. We want to attract as many people as possible from all over the world to Birmingham so that they can take the message back home that we are a tremendous place to do business."

Mr Kehoe, also chairman of the West Midlands Growth Company, added: "It’s all about connectivity and it’s vital that as we prepare for the post-Brexit world we get the name out there. The BABC conference is extremely important because we now have a very different role outside Europe."

Russell Jeans, the GBCC’s chief operating officer, said: "It is now incumbent on the GBCC and BABC to create an unforgettable conference in Birmingham. The venue will be announced shortly but we aim to stage an event that will address all of the key issues for British and North American business to trade.

"The BABC us a hugely influential body and we expect to attract key business and political figures to Birmingham."

The BABC, which incorporates British American Business, is the largest transatlantic business network, with 22 chapters and 2,000 member companies, including many of the world’s largest multinationals, based in major business centres throughout the North America and the UK.

The official conference hotel partner will be the Park Regis at Five Ways, Birmingham, and further details will be available shortly.

Sponsorship details are available at

It's Time to Take Off: Act Now to Reopen the Transatlantic Corridor 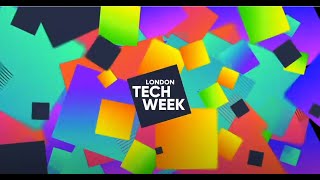 UK-U.S. FTA: First Round of Negotiations Completed; Statement Issued by Secretary of State for Inter

Planning to Reopen Your Business? Re-invent How Your Employees & Customers Interact

It’s Time to Restart Trade Talks Between the US and UK. Here’s Why.

VAT and overseas goods sold directly to customers in the UK

How a UK-US FTA will help SMEs across the UK

A Foundation to Build on in the Future: BritishAmerican Business Welcomes Announcement of UK-EU Deal